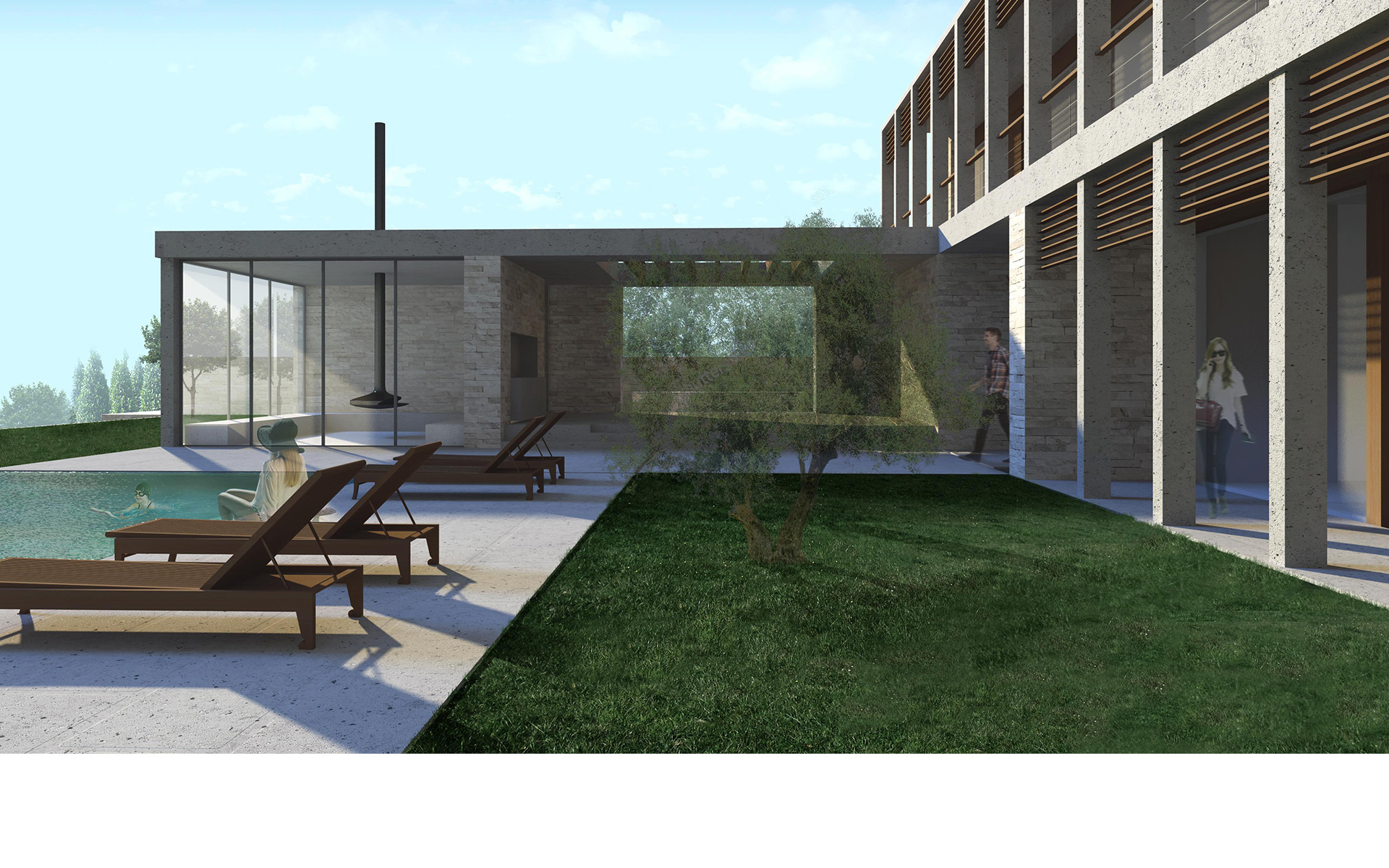 This project for a single-family villa is located in the coastal town of Adloun, in South Lebanon. The site is a slightly sloped plain overlooking the agricultural fields and the Mediterranean Sea. The design evolved as a composition of 3 volumes, in an L-shaped configuration on the edge of the site, preserving much of the landscape.  The design emphasizes this interrelation between architecture and landscape by accentuating the horizontal dimension, keeping all elements under two-storeys.

The project is accessible through two entrances: one at basement level connecting the house to the road level, the other at the upper level with a direct relation to the land.

On the ground floor, a patio connects the two elements of the L-shape plan, which contain respectively the public areas and the private family space. The wing containing the public functions also accommodates a guest suite, a winter garden and a pergola; all acting as separate entities, accessible only from the garden. The living area extends outward through a columned portico, which acts as a transitional space between the inside and the outside. This colonnade, in its abstract form, is a recapitulation of a classical type, common to the villas of the Mediterranean, providing a transitional shaded space.

The family functions are contained in two superposed elements, similar in their treatment, but slightly shifted along the horizontal axis, to create additional terraces and shaded areas. These elements are further accentuated by the peristyle, which contours the garden.

Natural stone is used for the building envelope, interlaced with fair-faced concrete and wood screens.  The project stands confidently on the edge of the site, without excessive posturing or unnecessary gymnastics. It reinterprets the classical villa type, with a sensitive approach to its context, and to the landscape beyond. 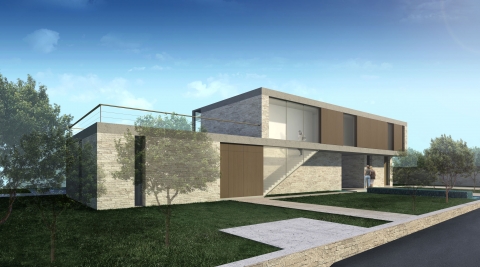 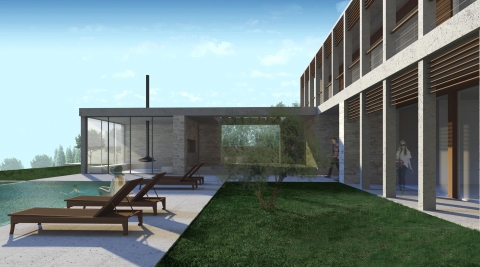 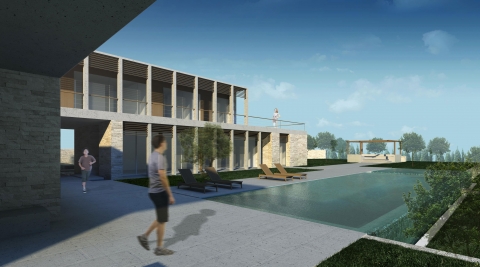 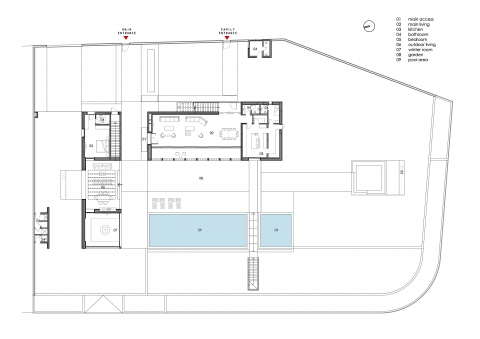 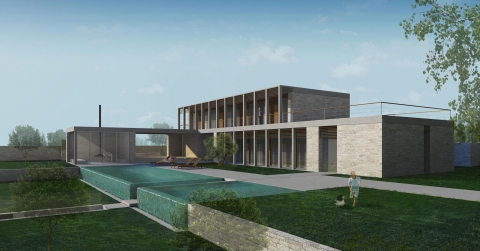 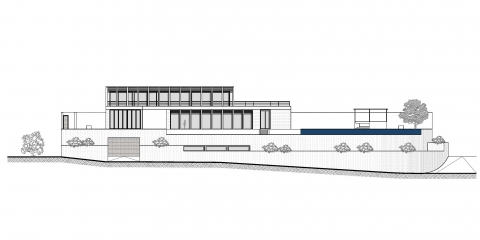 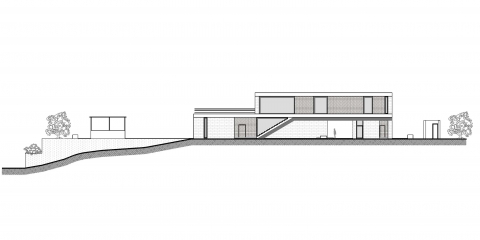