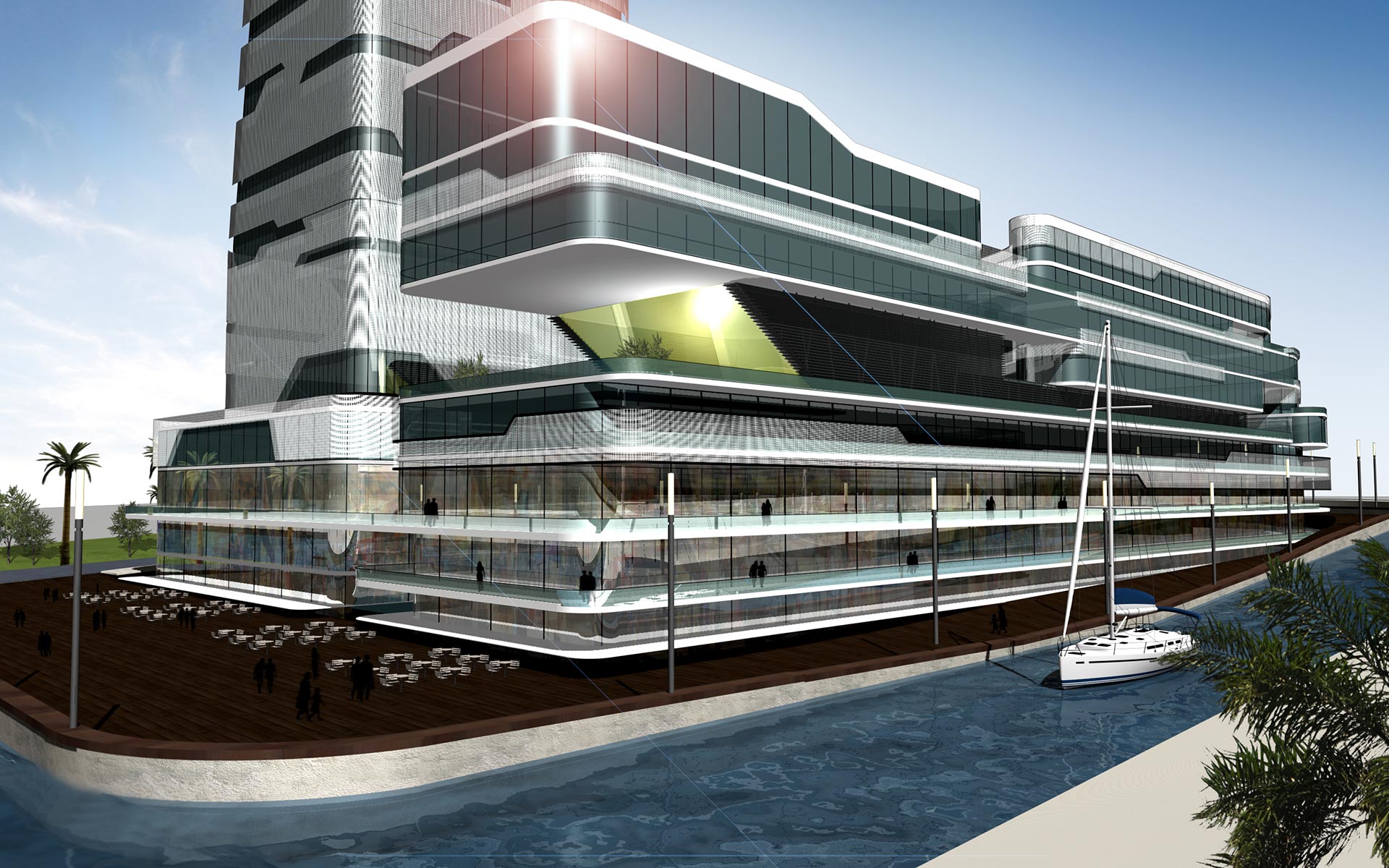 Meydan City is a mixed-use development project for a contemporary environment, which brings together the resources for Dubai city living.

On the first level, four plots are assembled into a massive block, which sponsors the program. This was carved up physically, and abstractly by the distribution of its functions. The volume’s horizontal component includes the parking, retail area, and facilities such as the swimming pool, spa, and gymnasium, as well as assorted apartments. The program for offices unfolds to become the building’s vertical element, which breaks the horizontality of the volume.

The discrepancy between solid and void release the volume from monolithicism. The voids act as windows, not only framing the view but increasing sunlight and fresh air. The transitional space, which acts as a bridge or beam between the horizontal and vertical articulations, contains the gymnasium and spa, giving them a special quality.

The wire mesh enrobing the tower and the delineated openings join in an aesthetically constant consolidation of the architectural whole. The building’s public character is exemplified by an encircling space surrounding it on the street level, which is bordered by an artificial canal. 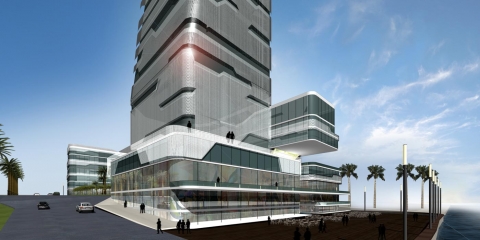 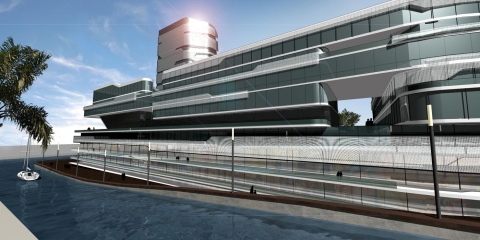 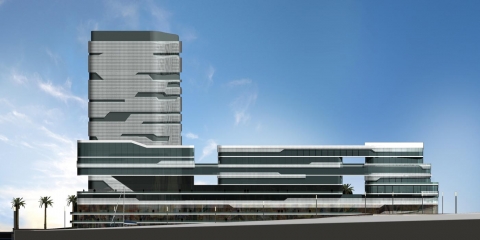 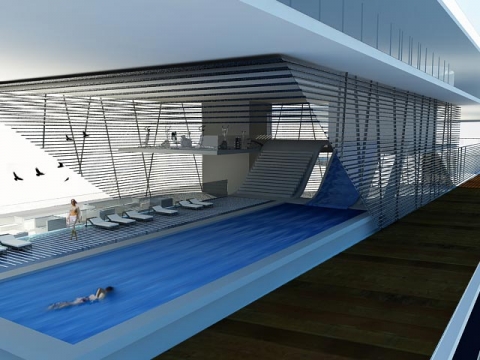 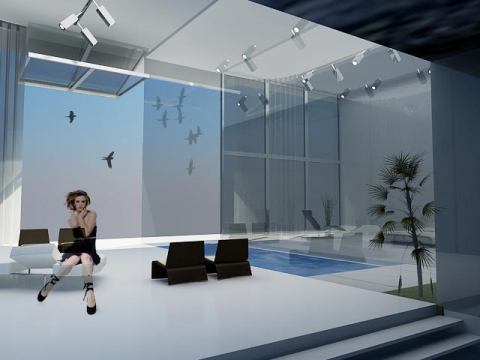 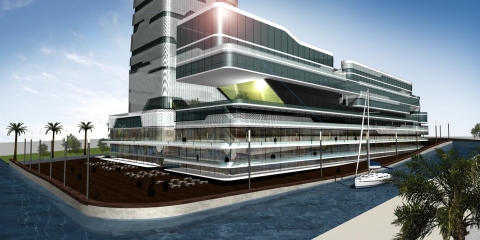