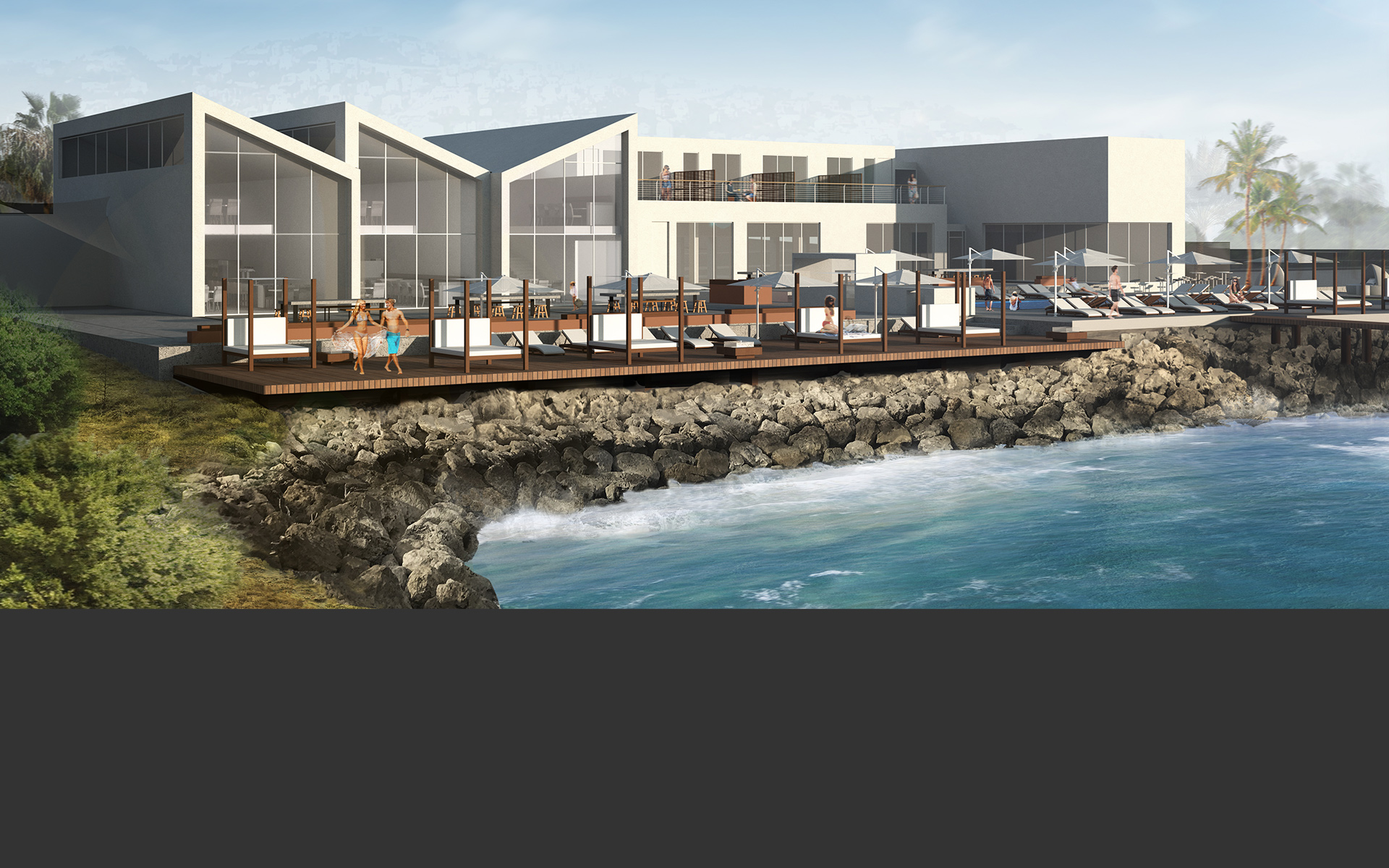 Jounieh Seaside is a private development that reinvents the concept of a cluster project. Located on the coast of Jounieh, every part of the project is in constant dialogue with the Mediterranean Sea.   Access to the beach and a private jetty distinguish this project from other local interventions. It acts as an extension to the Jounieh Souks yet retains the serenity of a coastal development.  The site’s location provides direct, easy, accessibility from the street and highway, with numerous parking locations.  Located next to the Teleferic, the project overlooks the mountains from the east.The project lies at the heart of local & multinational touristic destinations. Numerous new developments (restaurants, beach clubs, etc.) are conceived in the area.  In addition to the vibrancy and liveliness Jounieh draws from its direct context, this new exposure and route will regenerate an exponential growth. The area is seen to cater to an ever growing public.

The site hosts an existing structure that cannot be demolished for legal reasons. The challenge was to address the existing as part of the new project; rehabilitating it in the process. The intervention proposes a new master plan for the project as a whole, a dialogue between the additional volumes and the adaptive-reuse of the existing one.The project is organized in a three building L- configuration, opening up to the Mediterranean, while maintaining the fluidity of the public from the street.  Each volume contributes a different function to the program.  While the project draws on the Mediterranean mute white façade treatment, the manipulation of the volumes are directly derived from the function they serve.

A continuous urban corridor connecting the street to the sea serves as the main entrance to the project. Acting like a portal, once inside, the public is directed towards their various destinations (boutique hotel, outlets, beach club, etc.). Multiple secondary access points are distributed along the street to provide direct connections to the functions. Palm trees and delicately designed green spaces woven into the project give it its exotic vegetation.Volume A & B host a restaurant, retail, and a bar at the ground floor level. The retail is directly connected to the street, while the bar and cigar lounge opens up to beach club and the sea subsequently. The restaurant maintains both, street and beach club/ sea exposure, acting as an infiltration of the public.  The Italian and fish restaurant extend to an outdoor oyster bar overlooking the sea. Refined dining is redefined along the bay of Jounieh.The first floor hosts a spa/gym and a 5 room boutique hotel, with private terraces, overlooking the beach club and the Mediterranean Sea.  A communal roof top with a bar and Jacuzzi act as an amenity for these selective rooms. From the street, a peristyle, series of columns, filter the public’s accessibility and animate the interaction of the pedestrians with the project.

A private beach club is defined by Volume A & B. A central pool surrounded by lounges and tanning beds overlooking the infinite horizon is the central attraction. A suspended deck hosting private Jacuzzi lounges, tailored tropical green spaces, a 360 degrees beach bar and access to the sandy beach amplifies the exquisite Mediterranean experience.  A private jetty for those who commute by boat marks down the project as a hub on Lebanon’s coastline.Volume C is composed of 3 outlets. Each acts as a portal extending from the street to a private outdoor terrace overlooking the sea. The composition of the volume with its slanted roof provides skylights to the double height volume, with the possibility of integrating a mezzanine along half of the space. An open plan adds to the flexibility of the space. The elevation of this volume is distinctive from its context. From the street, it marks the project as a node in the city. From the sea, it is perceived as a lighthouse along the coast of Jounieh. 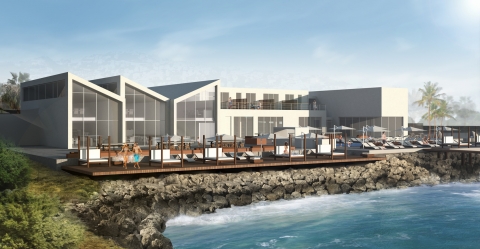 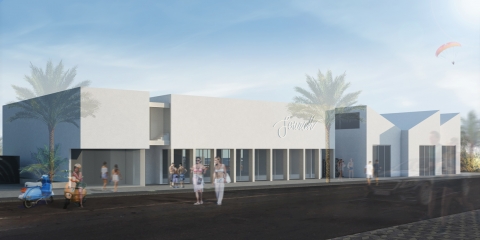 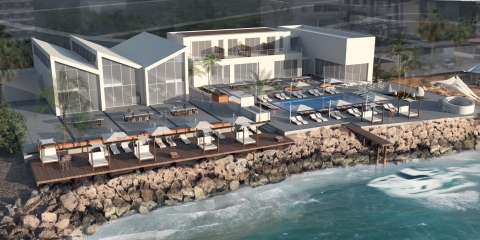 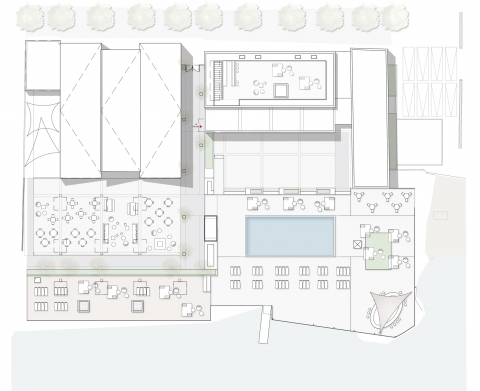