This mixed development on a 220,000 sqm plot in Jeddah, KSA, contains a programmatic complexity generative of density in movement and available entertainment amenities. The project constitutes a retail zone, a hotel, residences, ballroom, and conference areas.

This mixture led to the creation of three towers, which communicate to each other through their corporal similarities. They appear as freestanding, illuminated sculptures elevated on to a platform, which contains the retail zone. The rooftop is home to a landscaped area.

The design physically resembles Saudi Arabia’s desert dunes. A playful façade of triangular glass covered in wire mesh maintains the prismatic refraction effect found in the desert at day, and artfully pronounces the project at night.  The sand dunes became a part of the artificial landscape created on the overall site and where used to define the zones of the three towers.

The intention was to design an emblematic project that provided a new, yet recurrent reflection of the environment, becoming part of it. 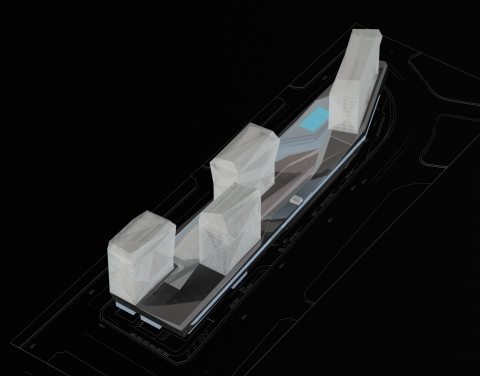 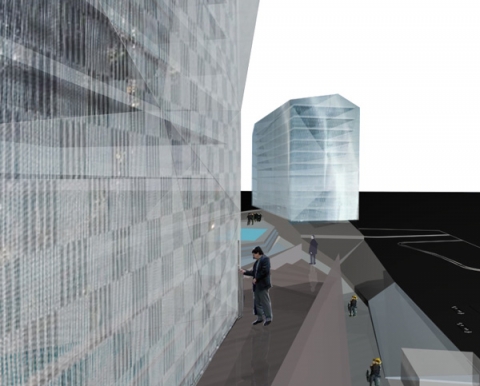 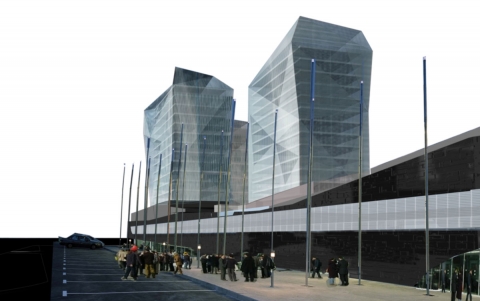