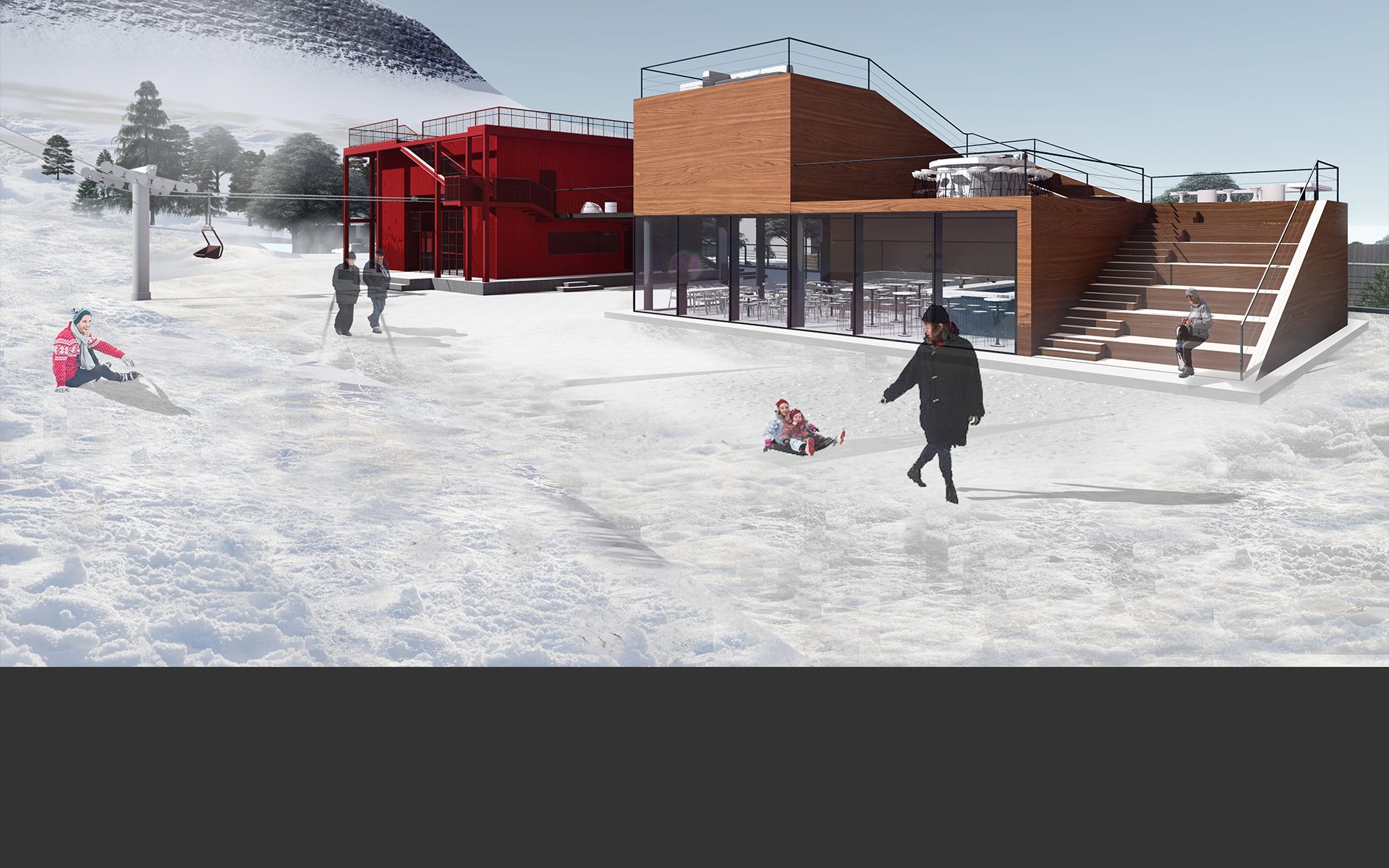 The site is located at the bottom of the ski slopes, in the heart of Faqra Country Club, Mount Lebanon. An existing structure occupies the center of the lot, serving as a Tele-Siege and snack bar, where cross-generations skiers meet, sun-bathe, and grab a bite while practicing their leisure. Shifting from only the ski-season use of the Country Club to a rather all-year venue, the facility is now inclined to answer to the new needs of the inhabitants and visitors, cross-season.The site explodes with 360 degrees of breath-taking views; flanked by the Faqra ski-slopes, opening up to the mountains and the Mediterranian Sea. An all-year-round venue is to be erected; serving as a multi-seasonal restaurant/ bar-lounge, with outdoor spaces that open up to the ever-changing landscape.

Respecting the proportions and disposition of the existing structure, a new volume was introduced, relating through negative spaces that host the outdoor activities. Analyzing the user-flow, the concept was to extend this movement through a public-accessible slope, that is to become the form generator. Growing out from the ground, the slope funnels the public to the roof; twisting up to various carved-out platforms, and extending towards the ski slopes. This gesture allowed for two separate, yet inter-related venues to come into play simultaneously. A bridge connecting the existing structure and the new volume weave the public flow into one continuous loop, further intensifying their relationship.The roof-top venue relates to the general public and extended surroundings. It redefines the roofscape experience becoming a social gathering hub with informal spaces for people to meet, gather, and socialize all-year round. Various events take place; 360-bar, lounges, outdoor auditoriums, multi-directional bleachers, and informal seating areas.

On the other hand, the restaurant relates to its specific users, the ski-slopes and immediate surrounding context. With a spatial identity dictated by the roof movement, it hosts up to 130 people in winter. Sliding panels on the façade open up during the summer, allowing for fluidity with the outside. The venue transforms to a mere shaded area in an ample landscape. The mass on the main façade, facing the ski slopes, acts as a projection for the public to informally gather for a screening. The volume was treated with HPL wooden panels, giving the slope a unified reading from both venues; further emphasizing the carving out process. Reflective mirrors, perforated mesh panels, and concrete floors were introduced in the restaurant to contrast and accentuate the wood mass. 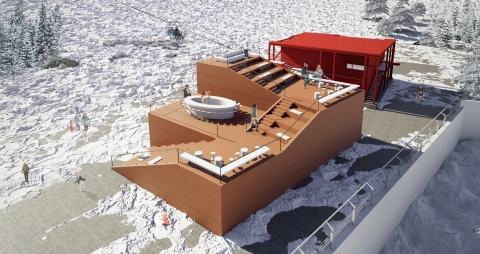 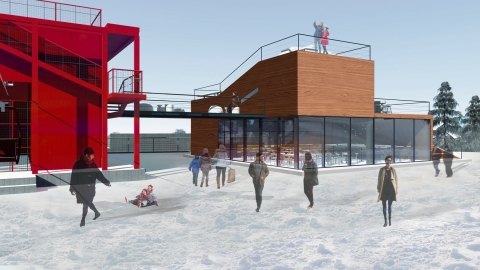 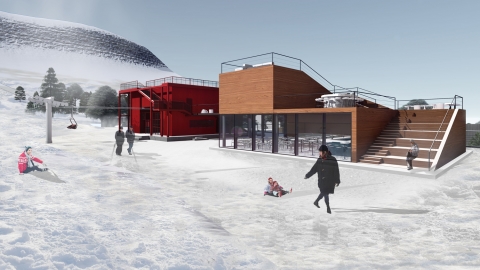 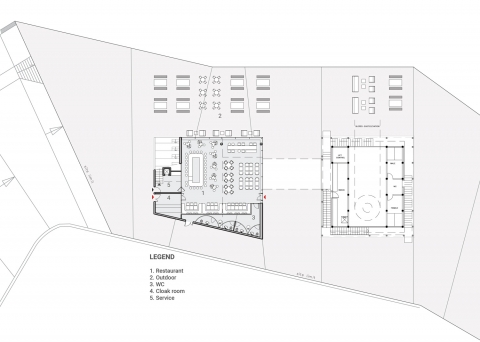 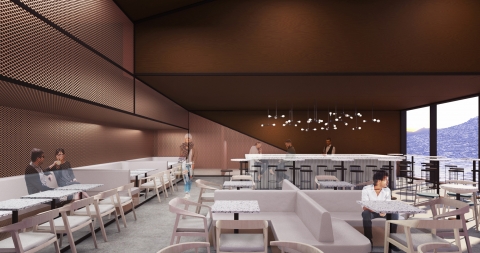